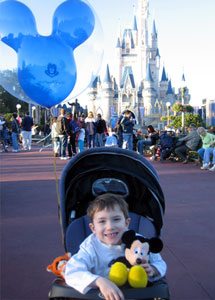 The first 5 weeks of the year can be very unpredictable, weather-wise, for an Orlando vacation.We went the first week of February, and had quite the spectrum, to say the least.Of course we were on vacation, so we had a great time anyway.

The first day it rained.Hard.All day, all night.We took advantage of the monsoon to explore all the nooks and crannies of our resort and its amenities.

Day 2 was nice, in the 60’s F.We met up with a friend at SeaWorld that I had met through Twitter.Turns out neither of us is psycho, which is a relief.She and her daughters (one the same age as my son) were so kind to show us their favorite attractions and spend the day with us.I was sad to see them go.But, I still have Twitter!

Day 3 was in the low-50’s, so wearing our jackets and scarves, we went to Universal Studios.The sun was shining, so it felt nice, actually.(Remember, we’re coming from MN where it’s booger-freezing cold.)The best part?No lines!!Every ride we wanted to go on was only a five-minute or less wait.We were able to zip around the park at will, stay as long as we wanted, no crowds, it was great!Bean’s favorite rides were at Seuss Landing in the Islands of Adventure park.He loved the Cat in the Hat ride, and the tram ride (like a slow roller coaster above the rooftops).We did each of them three times.Insider tip:If you love scaring the bejeeses out of your child, do the Camp Jurassic playground area.They have caves with steamy breathing, and footprints that growl when you step on them that have haunted my child for the past 2 years.

Day 4 was in the low 40’s, (abnormally cold here) so we went to Monkey Joe’s, an indoor inflatable playground at Festival Bay Mall on I-drive.There we made fast friends with a family who just moved to Orlando from Ireland about a year ago.The kids had a blast bouncing and chasing each other, and I had a blast chatting with Jo about the differences in our countries and states.I definitely want to visit Ireland, now.

Day 5 was gorgeous, perfect weather in the mid-70’s and sunny, just like I was hoping for.We still brought our jackets, because as soon as the sun went down, it got cold, fast!We were so spoiled from Day 3 about not having to wait, the 30 minute lines at Disney seemed endless.But, we played little games to pass the time, and amused or annoyed the others in line.My 4yo’s favorites were the Star Wars Jedi training and Toy Story 2 ride at Hollywood Studios.The line to the Toy Story 2 ride was over 75 minutes!But even my antsy 4 year old said the wait was totally worth it!

Day 6 was Disney again and mid- to high-70’s, but this time, Bean stayed in the stroller or was held the whole time.He refused to skip even one day, and he actually ended up having a really great time.He’s just like his mama, go, go, go, even when he’s sick. Insider tip: Turns out puking children get you bumped up to the front of the line!!(kidding.He never puked in line.)That evening, he was feeling completely better and beaming that he rode the Winnie the Pooh ride and stayed up late to watch the fireworks.(He honestly only left the stroller twice, and his feet never touched the ground.I would have never been able to keep him that immobile in the hotel room.)

Day 7 was much more laid back.We sat through a timeshare pitch (indoors, and it was high-70’s outside!) in exchange for our free theme park tickets.Bean slept in his stroller the whole time, lucky duck.After lunch, refreshed, healthy, and new timeshare owners, we went back to Universal Studios and rode Bean’s favorite rides again, but this time we had to wait half an hour for each ride.“Still worth it” he said.

No suntans this trip, but a wacky weather adventure, and warm memories of our trip to Orlando!!

« Legoland For The Little Guys
Vacation With The Kids In Islamorada and Key Largo, FL »