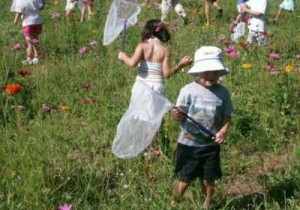 Charleston is a gorgeous city filled with wonderful history, gorgeous beaches, and southern hospitality.  There’s something here for kids of all ages.  School-aged kids and parents alike will make more sense of history class after touring historical buildings and museums.  Or, enjoy a relaxing day at the beach or a park.  Here are a few ways to enjoy Charleston with your kids:

South Carolina Aquarium
100 Aquarium Wharf, Charleston, SC 29401
Kids explore many water habitats  throught 8 exhibits including a saltmarsh, coastal plain, ocean and a touch tank.  Two-story windows in the Great Hall offer one of the best views in town of Charleston Harbor.  The SC Aquarium’s summertime detective theme allows children and adults alike to use their detective skills to uncover mysteries throughout each of the South Carolina regions represented at the Aquarium, from the mountains to the ocean. Guests have the opportunity to use clues, a scavenger map, a Dorsal Decoder, and the help of the five Something’s Fishy animal characters to learn more about the wonders of the natural world. Discover new facts while exploring with Ollie the Otter, Olivia the Octopus, Dr. Ali Gator, Carlos the Shark and Harrison the Heron.

Boone Hall Plantation
1235 Long Point Rd., off U.S. 17N
Admission charged. One of the oldest, living, working plantation is found at the end of one of the South’s most majestic avenues of oaks, and was the model for the grounds of Tara in “Gone With the Wind.” You can tour the first floor of the classic columned mansion, which was built in 1935 incorporating woodwork and flooring from the original house; however, the primary attraction are the gardens, including a butterfly gardern.

Old Exchange and Provost Dungeon
122 East Bay Street, Charleston, SC 29401
Often called the “Independence Hall of South Carolina,” the Old Exchange was built in the late 1700’s. Today, this impressive building is filled with historical items of the state and region.  Considered to be one of the three most significant historical colonial buildings in the US.

American Military Museum
360 Concord St. #9, Charleston, SC  29401
Admission charged.  The museum has on display hundreds of uniforms and artifacts from all branches of service, dating from the Revolutionary War to the present. Its collections also include antique toy soldiers, war toys, miniatures and weaponry.  Next to an IMAX theater, aquarium, and the new Ft. Sumter dock.

Market Hall & Sheds
188 Meeting St., Charleston, SC  29401
Admission charged.  Part of the Old City Market.  Built in 1841 and modeled after the Temple of Nike in Athens, this imposing landmark building includes the Confederate Museum, where the Daughters of the Confederacy preserve and display flags, uniforms, swords and other Civil War memorabilia.

Old Powder Magazine
79 Cumberland St., Charleston, SC  29401
Admission charged.   “Carolina’s oldest public building”, this structure was built in 1713 and used during the Revolutionary War. It is now a museum with costumes, armor, and other artifacts from 18th-century Charleston, all described during an interesting audiovisual tour.

Fort Sumter
City Marina, off Lockwood Blvd
Fort Sumter is the site of the first battle that started the Civil War. A pleasant boat trip docks at this island which features a good Civil War museum inside the fort.

Fort Moultrie
W. Middle St., Sullivan’s Island
Admission: Free  At this site Colonel William Moultrie’s South Carolinians repelled a British assault in one of the first Patriot victories of the Revolutionary War. A 20-minute film tells the history of the fort.

Patriots Point
Foot of Cooper River Bridges
Admission charged.Tours are offered on all of the vessels located here at the world’s largest naval and maritime museum. Visitors may tour the aircraft carrier Yorktown, the World War II submarine Clamagore, the destroyer Laffey, the nuclear merchant ship Savannah, and the cutter Ingham.