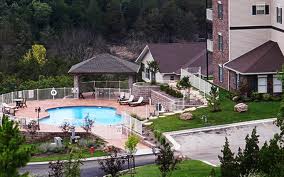 Remember that time Las Vegas tried to be a family town? No, it’s true, they really made quite an effort at it. It’s funny to think that now, given that residents and city government officials seem to take great pride in the “Sin City” nickname, but in the 90s, Vegas suffered an identity crisis. Thanks to the legalization of gambling on riverboats and Indian reservations, gambling revenue plummeted in the Nevada city early in the 90s. The only remedy that they could conjure was to get a makeover. Hotels that were once havens for scantily clad women and high rollers were transformed into more wholesome businesses. The MGM Grand even built an amusement park, which closed after nine months. At the end of that decade, Vegas remembered its purpose in the world, and wanted its old face back. Ever since, Vegas is possibly even more Vegasy than it was before. In fact, marketing campaigns make subtle references about keeping the children away. But just because Vegas itself has reverted back to its old ways doesn’t mean there aren’t Vegas like towns that families on vacation can enjoy. Branson, Missouri, oft referred to as the “Las Vegas of the Ozarks,” is such a town. There are an abundance of family activities available in this gem town.

This theme park contains White Water, generally regarded as the premier waterpark in the region. Children can enjoy the seven story tall waterslides. Meanwhile, parents can gander at the craft village that is modeled after the 1880s.

This show consists of 32 marvelously trained horses doing breathtaking tricks. The show comes with a delicious four course meal as well, made up of rotisserie chicken and hickory smoked barbeque among other things.

This scenic tour through the Ozarks allows families to take in the breathtaking landscape, all the while riding in a boat shaped like a duck. Once the duck reaches the lake, riders are allowed to even drive the duck for a certain amount of time.

This play has taken up residence of the Sight & Sound Theater since 2008, and there’s good reason for it: It’s terrific. Family members of all ages will appreciate this thrillingly produced play about Noah’s ark.

This museum, built in the shape of the Titanic (but half the size), is both fun and educational for the whole family. Adults can take a peek at the interesting artifacts recovered from the ship, children will enjoy touching the iceberg.

This exhilarating park contains indoor mini golf, arcade games, bumper cars and a one of a kind waterpark. Adults will enjoy the live musical performances as well, of which there are three daily.

Children will adore watching the thrilling acrobatic work of this international company. This show has been in Branson for years, and residents and tourists have been raving it since its inception.

This award winning miniature golf course features cascading waterfalls and a full scale pirate ship. Oh yeah, and there’s some really fun mini golf here as well. As one could imagine, each hole comes with a well-designed and fun pirate theme.

This show, which takes place at Dick Clark’s American Bandstand Theater, offers spectators a chance to watch the world’s finest tribute artists perform as everyone from Elvis Presley to Lady Gaga. The artists change every week, but the staggering amount of entertainment provided does not.

Families have enjoyed at this gorgeous park for years. There is a lake bordering on the park, which provides ample opportunity for boating, rafting and swimming.

So as anyone can see, the city doesn’t need the sin to be entertaining and fun. Nor does it need to be a city. It’s amazing that a little town like Branson can provide this much family fun, but it really does.

Author bio: David Bryce is an online publisher for Thousand Hills Golf Resort in Branson, MO. He blogs on the topics of golf, travel, and vacations.