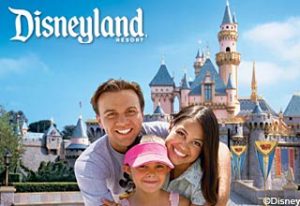 So it’s summer, which means millions of Americans are looking to travel.  Even in this rough economy, the tourism industry has barely been dented.  One would think that families would want to conserve money, as travel can indeed be expensive, but many experts theorize that the reason the industry has been hindered only marginally is because American families are looking to escape the harsh realities of home, even if just for a short bit.

Americans with the means try and take the opportunity to explore foreign cultures, mostly in Europe or the Caribbean Islands.  Domestically, California and Florida benefit the most from summer tourism.  One of the reasons is obvious: The summer weather.  Many Americans, especially younger Americans, want to take advantage of the season’s warmer temperatures and hit the beach to get a tan or play around in the ocean.  But there’s another reason the summer months are friendly to those two states, and that is because they both are home to some of the country’s top theme parks.

Theme parks have long been a staple of family getaways, as they are typically, to use the cliché, fun for the whole family.  But there are some other great theme parks outside of California and Florida.  This country is filled with them.  Here is a list of the five best theme parks in America.

Not to be clichéd (again), but no list of the best theme parks in America can be considered credible without this one.  After years and years, it is still the most visited theme park annually, and it is easy to understand why: It’s phenomenal.  Families can take a ride with their favorite Disney film characters, such as Captain Jack Sparrow and Buzz Lightyear.  Disney characters also wander around the park, a popular feature for the children.  If you’re not into the whole Disney thing, don’t worry, there are plenty of thrilling rides free of the Disneyfication, such as Space Mountain.

As much as I imagine they would like to, Disney does not hold the monopoly on film studios running an amusement park.  Universal Studios in Orlando offers spectacular rides that provide tourists a chance to see the inside of the Hogwarts School from the “Harry Potter” franchise, or to fly the skies along with the famous web-slinger Spider-Man.  The Hollywood Rip Ride Rockit is not only an exhilarating ride, but it is also a chance to star in a music video.  Riders get filmed going up on the ride, and can choose a background song of their own at the end of the ride.  It’s a unique experience.

Like I said, not all of the best parks are based in California and Florida.  This Ohio gem is frequently labeled as one of the best in the world.  This park comes with a whopping 17 roller coasters, many of which are known as the best in the country, like the Mean Streak and the Magnum XL-200.  Cedar Point also puts on ten music shows a day, and has a relaxing adjacent waterpark.  However you want your thrills, you can find them here.

This Virginia treasure is almost as fun as it is to seek rides in.  It is impeccably designed.  The park is divided into ten sections, each aesthetically inspired by different European countries.  This is the most sightseer friendly theme park in America.  Those looking for rollicking rides won’t be disappointed either.  The Griffon is famous for being the world’s tallest and fastest dive machine coaster.

Not a lot of people know about this wonderful Pennsylvania park, but it is one of the oldest in the country.  In the long time since its opening, it’s won countless awards.  These awards have come for the rides, but also for the food, as Knoebels is considered by many to be the best theme park for dining, thanks to a bevy of restaurants, like the world famous Alamo.  One other great thing about this park: Admission and parking is absolutely free.  In this economy, that is pretty appealing.

There are so many magnificent theme parks in this country that to list them all would take eons.  These five, however, are the crème of the crop, and will provide wonderful memories for so many families this summer.