One of the best things about traveling with your children is to go beyond the theme parks and explore a new culture together.  Like many historic and cultural cities in Mexico, Quito offers a glimpse into the past.

An UNESCO world heritage site, Quito’s Historic Center is alive through the rich history evoked by the sublime architecture displayed in its traditional houses and the people that live and work within its limits. Visitors can head to the heart of the city to witness local business owners practicing century old traditions that are a great part of Quito’s rich history.

Gastronomy
Quito’s sweetest treat,  Las colaciones
In the San Roque neighborhood Luis Banda mixes  sugar, peanuts, condiments and lemons in a 100 year old clay pots to make a traditional Quito dessert  peanut colaciones, which are tiny round sugar pastries. For generations now, Luis’ family has carried out this iconic tradition that allows visitors to taste some of Quito’s history.

San Agustin Ice Cream parlor opened its doors in 1895 and quickly became a hang out spot for Quito’s high society. Since its opening, clients have flock to San Agustin for its paila ice cream, similar to a fruit sorbet. This Quito delicacy is handmade on a copper pot with fresh fruit juice, ice, and butter.

Natural Medicine
Bring all your stress and worries to Santa Clara Plaza where Emma Lagla and her family have been practicing century old natural healing techniques for four generations. Emma offers to cure stress, common illnesses and body pains by applying natural remedies. 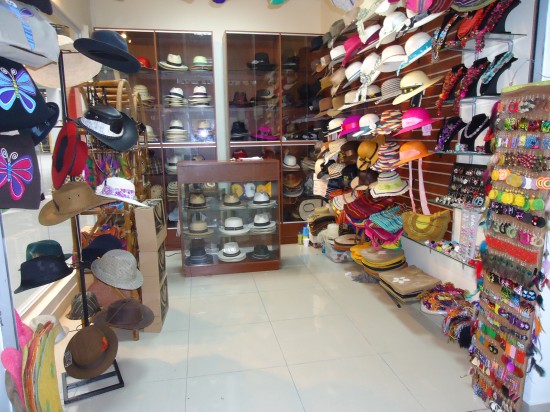 Hand Crafts
A Hat shop with history
Luz and her husband have been hand crafting cloth hats since they were kids. Together they have created over 70 kinds of hats. Quito’s most notable citizens, including former president Velasco Ibarra, have worn their hats. The hats make for a stylish and memorable souvenir.

La Ronda Street’s hat shop
Luis Lopez’ “Humacatama” hat shop has been part of La Ronda Street for more than 70 years. The Lopez family has been hand crafting a variety of hats and traditional clothes for three generations now.

From Quito to the world
For more than a century, the Rivadeneira family has been hand crafting wood artifacts in Quito’s Historic Center. The shop’s current owner, Jorge Rivanedeira, has won the Spin-Top World championships and can spin this popular toy in 38 different ways. Visitors can head to the store and see Jorge in action.

Humberto Silva and his tin crafts
The oldest craftsman of Quito’s Historic Center, Humberto Silva arrived to La Ronda Street 56 years ago. In the small workshop behind the store Humberto manufactures a variety of instruments most of them cookware made of tin. He is also responsible for installing nearly all the roof waterways of the houses on La Ronda Street. Don Humberto also manufactures old toys and miniature kitchen sets.