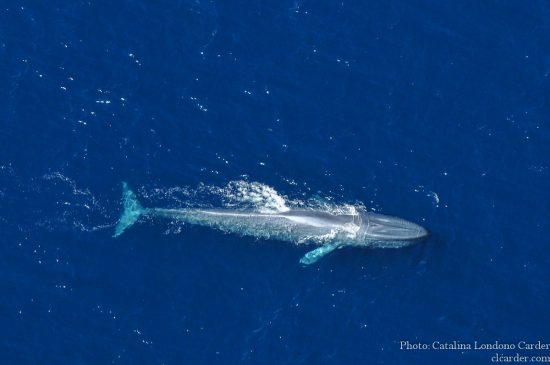 San Diego, California (January 15, 2014) – For the first time ever, Hornblower Cruises & Events will embark on Blue Whale Watching Adventures this summer.  In the last five years, the blue whale migration has grown in San Diego, with over a thousand whales being spotted in a single previous season. Passengers can now experience of the wonder of watching the largest creatures to ever breathe on our planet as they migrate through the waters off the San Diego coast on the comfort of their large, fast and stable whale watching boat called Adventure Hornblower.

Hornblower Cruises is offering a 4-hour Blue Whale Appreciation Cruise, with an opportunity to spot a variety of whales, sea lions, and several kinds of dolphins, as well as all the sights of San Diego Bay.  Included in the adventure is live narration on marine life by Hornblower’s experienced captains and volunteer naturalists from the San Diego Natural History Museum (theNat).  Snack bars onboard feature hot and cold food, a full bar and souvenirs.

Hornblower Cruises’ experienced captains and crew know the best places to find whales and the tours head directly to the prime viewing areas off of San Diego’s coast.  Blue whales migrate along the California coast in the summer.  They are often accompanied by the second largest whale, the finback.  The size of the two whales makes for some great whale watching experiences.  Also spotted is the California favorite, the humpback whale.  Passengers will see whale behaviors including spouts, flukes, massive whale tails, along with the whales feeding on huge quantities of krill. For an informational video About the blue whale, watch Kingdom of the Blue Whale from National Geographic Channel, visit http://youtu.be/eWLi86VDaIA or the long version http://youtu.be/TFFOpM2mxCA

Cruise Details & How to Buy Tickets

Hornblower Cruises & Events’ Blue Whale Watching Adventure will sail every Saturday and Sunday from July 5 to August 31.  Passengers will board at 8:45am and sail from 9:00am to 1:00pm.

Reservations are now open and tickets cost $75 for adults, $40 for children ages 4 to 12 and $73 for seniors.  Children under four are free.  Groups of 20 or more can arrange outings at a discount.  To follow whale watching season and to purchase tickets, visit the San Diego Whale Report at www.sandiegowhalewatching.com.

« Bring Your Prince or Princess and Stay in a Castle in Mallorca, Spain!
Family Activities in Costa Rica »