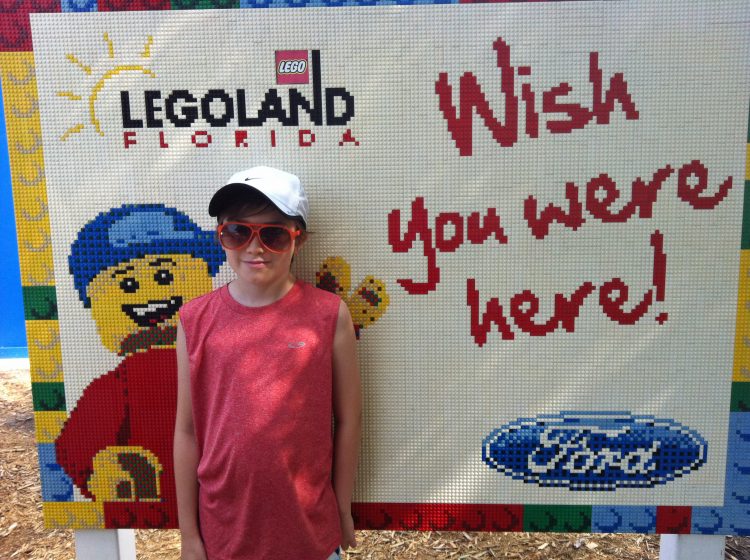 My 9 year-old son is a raging LEGO-addict!  He could practically pay for college if he were to sell just the LEGOs he currently owns.  And there’s no end to new purchases in sight. So a visit to LEGOLAND Florida when we are in the Orlando area is a MUST for us.  We went for his 8th birthday and even though he could do all the rides then, this year was even more fun.

After having been there once before, he had a clear agenda: the Water Park, Miniland, Coastersaurus, The Dragon roller coaster, and World of Chima… in that order.  Of course there are so many more rides and attractions, but those are the Top 5 for us.

As you make your way throughout the park, keep an eye out for random LEGO statues like this little bird on the LEGO sign. 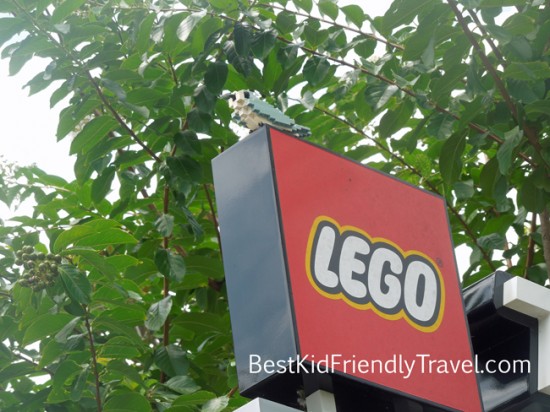 We started with the Water Park – which was great because it was already 90 degrees at 10am!  (July in Florida… go fig.)  Here you see the big Joker Soaker full of slides, water cannons, and a huge bucket that dumps 300 gallons of water on unsuspecting passers-by.  Ok, once.  Then we not only suspect it, but wait anxiously for it to do it again! 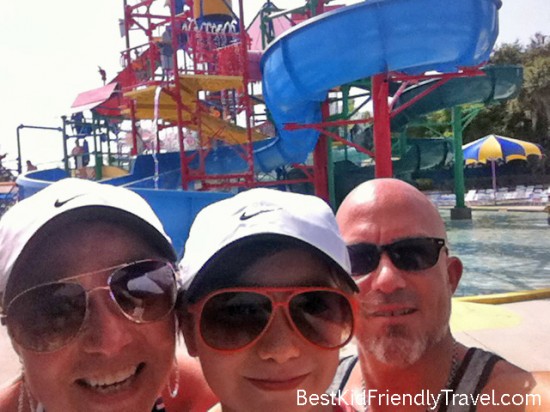 In the water park, we rented a cabana, which turns out not to be overly necessary.  There are lots of chairs and several umbrellas, plus, really… you’re there to be in the water, right?   The Build-a-Raft River lazy river is my personal favorite.  The floaties have a building plate on them that fit giant floating LEGO bricks so kids (and adults) can collect bricks as they float and build a personal masterpiece.  Throughout the water park, there are lifeguards everywhere and many areas for varying ages to play and have fun.  My husband loved the Splash Out water slides – the tallest and best for thrill-seekers – and we all loved the LEGO Wave Pool.    There is also a Duplo-themed toddler area, but since we no longer have a toddler, we skipped it.

Soon it was time to take a break from the refreshing water fun and explore Miniland – my son’s faaaavorite part of the park.   I wish there was more shade in Miniland, but until they add more, just bring an umbrella with you to the park for your own shade. 😉 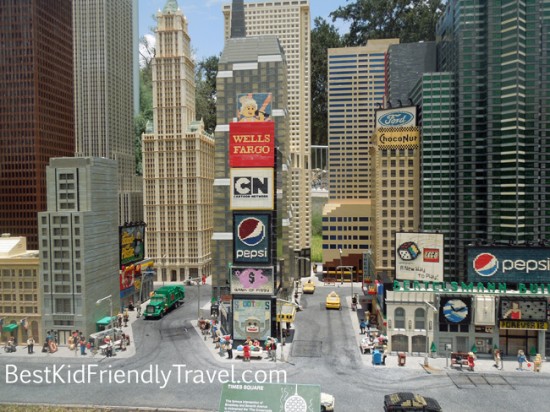 This Central Park Zoo scene below shows some of the detail you want to stop to see… here you can see a llama spitting at a zookeeper (there’s even ‘spit’ on the back of the guy’s head!), and another animal stealing the ‘hat’ from a LEGO kid.  There’s got to be a game of some sort challenging people to find all the quirky and fun details in here!  Some of them are so funny! 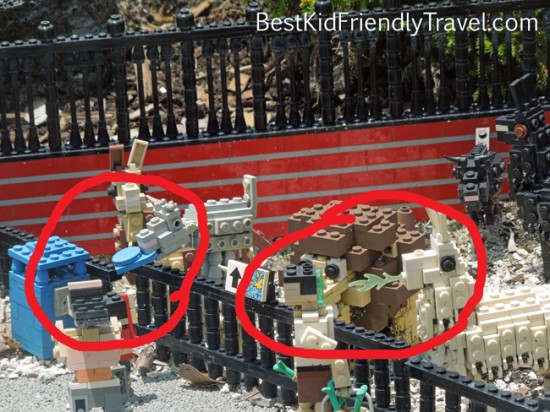 The Star Wars area is very well done – and we are big Star Wars fans!  Here’s a battle scene on Naboo when the Gungans fight the droid army.  This one you have to see to appreciate because photos don’t do it justice. 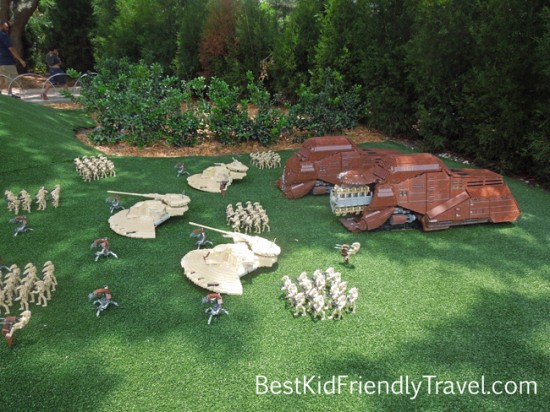 Droid Army on Naboo in Miniland at LEGOLAND Florida from BestKidFriendlyTravel.com 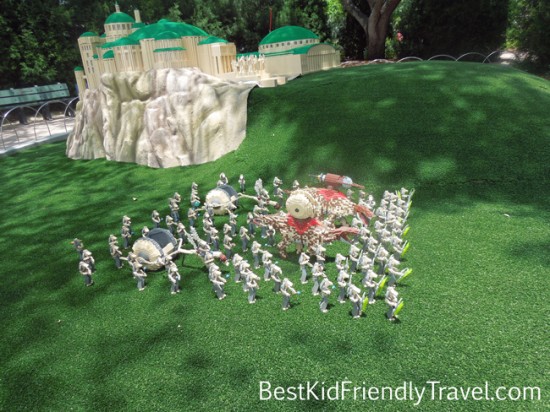 Gungan Army – with Naboo capital city in the background – in Miniland at LEGOLAND Florida from BestKidFriendlyTravel.com

And… always have fun with statues. Always. 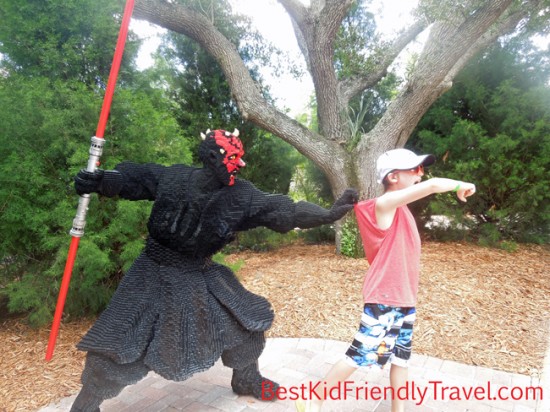 Having fun with statues in Miniland at LEGOLAND Florida from BestKidFriendlyTravel.com

After Miniland we had some lunch, rode the coasters, and by the time we got to The World of Chima, a lightning storm was rolling in and they had to close the water-based rides.  I did get a photo of the steamy cave the Quest for CHI ride goes through, though, and it looks super fun!  While riding on the raft, you get to fire water cannons at targets along the path, and the people on the sidelines get to fire water cannons at you!  So it looks like a great way to cool off, get a little bit wet (but not too soaked) and have a blast!  Another part of the World of Chima area is Craggar’s Swamp – a splash pad with fountains and misters and splashy good fun.  🙂 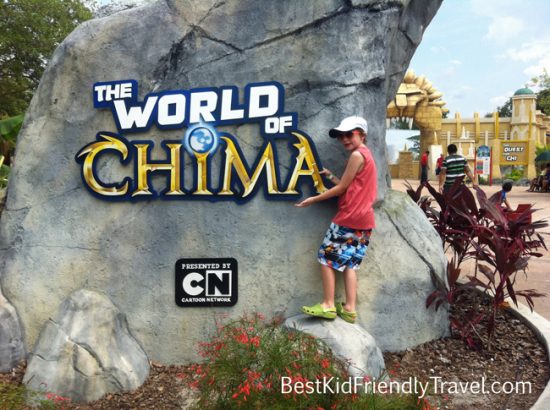 World of Chima at LEGOLAND Florida from BestKidFriendlyTravel.com 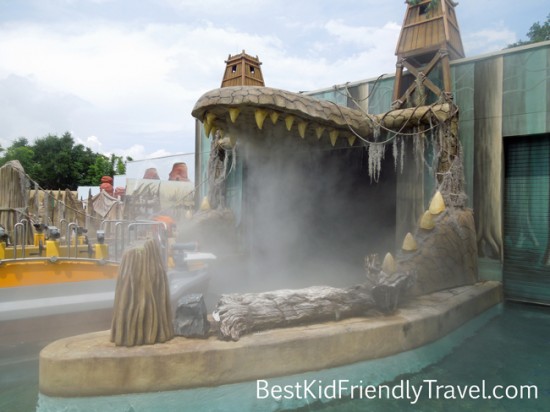 The Quest for CHI ride at LEGOLAND Florida from BestKidFriendlyTravel.com

I obviously didn’t cover everything you could do here at LEGOLAND Florida, but that gives you even more reason to go there and explore it for yourself!

Check the website before your visit, there may be some fun interactive events going on that you don’t want to miss!  In July, there was a Buddy’s Challenge that involved sharing selfies on social media for a prize!  So fun!  And don’t forget that you can trade minifigures with any Model Citizen (park employee) that has a minifigure on them.  Click here for details on minifigure trading.  You can also read about our first visit here.

If you’ve been to LEGOLAND Florida, we’d love to hear from you in the comments!

« Theme Parks in the Summer Heat: How to do it Safely
Move it Movement Coming to LEGOLAND Florida This Weekend »