Take A Ride on THE RIDE in NYC 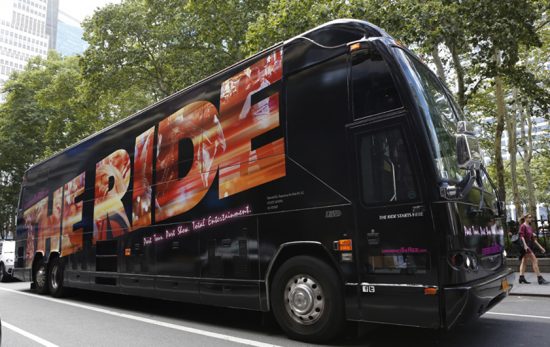 There are many bus tours that will show you The Big Apple. But there is a new kid in town called THE RIDE. Different and unique!! The bus has been reconfigured so that all seats face out (rather than forward) and the windows are not only floor to ceiling but there is also a partial glass roof. 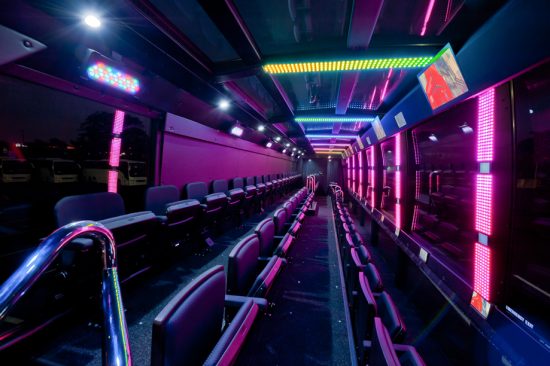 It is hosted by two New York actors who are as entertaining as they are informative. The meeting point is at 42nd Street and 8th Ave and lasts about an hour and a half, and it’s a moving party. At least that’s one good way to describe it. 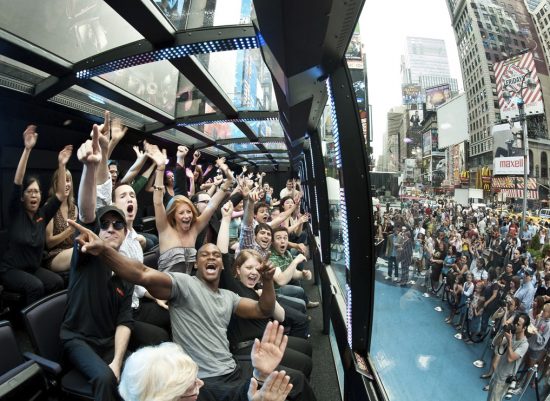 They have also hired actors and dancers along the route to surprise and entertain us. On 46th Street we saw a man carrying a package dressed as a delivery man. But we soon learned that he is there to entertain us and broke into a terrific break dance routine.

It’s New York — anything can happen right? People may break into song and dance or even pull down their pants. THE RIDE is definitely unpredictable and great family fun good for children of all ages. 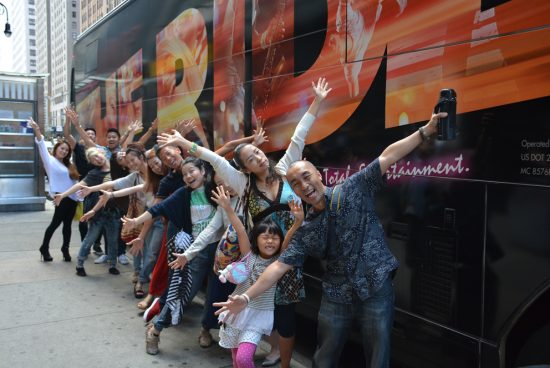 When we got to Columbus circle, there was a ballet dancer dancing to music that was being piped into our bus. At first you think these things are just some coincidence, but alas. They are not. Ballerina Anna Courter’s pas de deux at Columbus Circle will take your air-conditioned breath away. 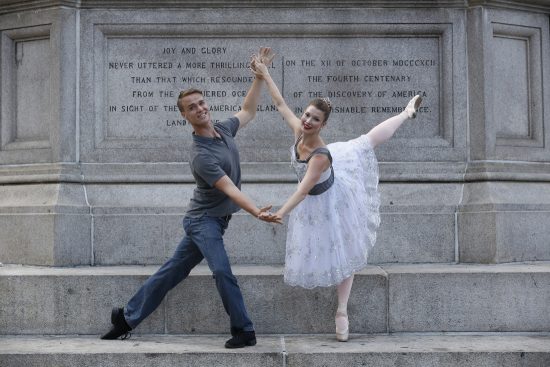 All of this and the bus actually talks too. Scripted lines as well as impromptu banter with people on the sidewalk and the occasional taxi cab driver are hilarious. It’s more like a traveling theatre than a bus tour of midtown.

To finish things off, there is a sing along at the close. According to THE RIDE Public Relations office. “Of the 9,381 RIDERS who have sung THE RIDE’S big-finish version of New York, New York, JOSH GROBAN sang it the best. Hands down.” 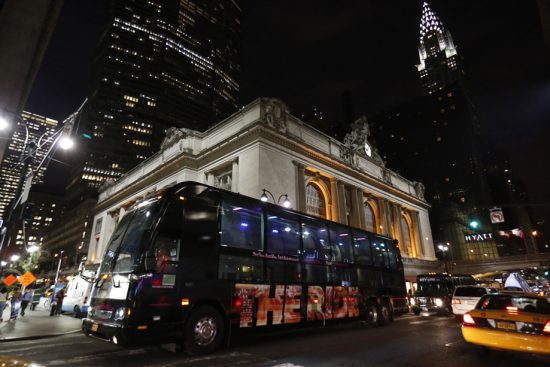 The Today Show said that THE RIDE is the hottest way to see New York. The $74 price tag seemed cheap and I would do it again.

(images courtesy of THE RIDE)